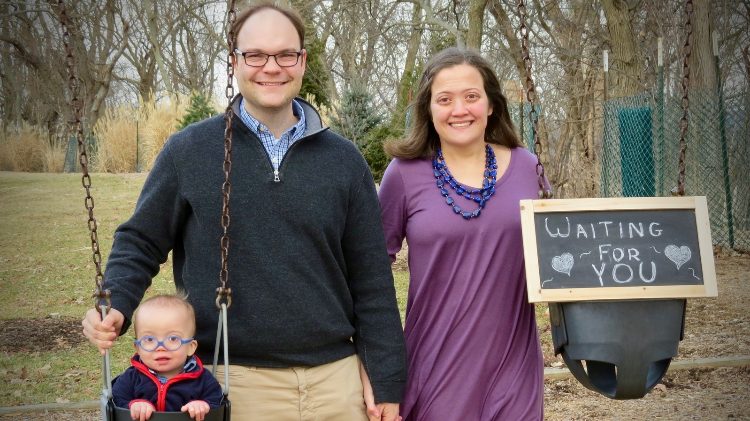 We met on a gorgeous Spring evening in 2010 when Amy came to speak about her first trip to Africa at a campus ministry meeting. Amy moved away to start her pediatrics residency but we became Facebook friends. Two years later Woody got into graduate school in the same city. Amy only vaguely remembered him but helped him find a place to live. After a few months of being "just friends," Woody made Amy a birthday cake and surprised her at her party. A week later he invited her to the symphony. We stayed out till 2 AM (something atypical of Amy) talking and laughing. Our courtship took us on many adventures from hiking to steamboats. We realized we shared a love for God, adventure, caring for the vulnerable and quickly grew in love for each other.

Ten months later we got engaged on a beautiful pedestrian bridge over the river downtown. In April 2014, we got married in Amy's hometown in the Blue Ridge Mountains surrounded by friends, family, sunshine, prayer and music. Two months later we moved to a rural Kenyan hospital for a year of service and research.  We learned to support each other in our vocations, we learned how to make everything we do OUR work. Woody was inspired to pursue a PhD back home in the US so he could teach.

We welcomed our son Oliver in 2016.  Through welcoming Oliver, our love deepened in new ways: Being faithful in long nights of newborn feeding, laughing at his antics, and rejoicing in each sweet milestone.  As Oliver has grown, we feel called again to share our love by welcoming another baby to our family, this time through adoption.

We talked about adopting our 2nd child when we were dating. Amy has worked with adoption as a newborn nursery doctor and when she worked overseas in Romania in college. After working with so many families and children with unique stories, adoption has been a desire and call of her heart. Woody's best friend from high school is adopted and he too has met many children and families over the years who inspired him to adopt.

We considered lots of avenues to adoption but with our global health/missions commitments and Oiiver's age settled on a domestic infant adoption. We are so excited to welcome a little one to our family!

Thanks for learning about our family!