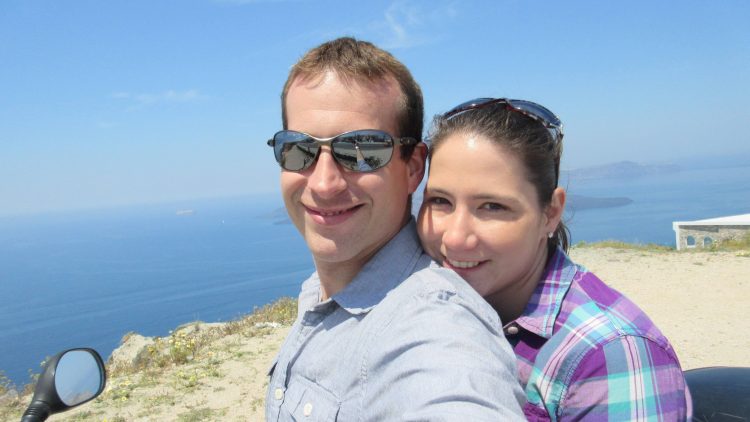 Roughly 6-7 years ago, Patrick and I started trying for a baby to add to our family. At the time, we didn't think much of the process, until attempt after attempt was unsuccessful. We contacted doctors and were directed to a fertility clinic in late 2014. We began treatments in early 2015 which led to a pregnancy that spring. We were thrilled and so excited to start our family, but in July that year we learned we lost the baby at 12 weeks. Additional fertility treatments over the next few years included a round of IVF in which we created 13(!!!) embryos (and which made me pretty sick), but genetic screening showed that none of the embryos were viable. At that point, we started looking into adoption. One of the adoption types we considered at that time was embryo adoption through our fertility clinic, where we could "adopt" frozen embryos donated by other couples who had completed their families. We signed up for the wait list but were told it could be a while, or not happen at all, so in the meantime decided to start working on a traditional infant adoption. We started working with one agency, and were partway through the home study process when we learned that there were embryos available for us to adopt. YAY! Then the universe threw us for another loop when in the process of testing for the embryo adoption, I found out I was pregnant. Oh boy was that a shocker. So We put the traditional adoption on hold for the embryo adoption, and put the embryo adoption on hold for the natural pregnancy. We didn't have to wait long, however, because we soon found out that our baby was not growning. Technically, we were around 11 weeks when we miscarried, but the baby had never had a heartbeat. We were heartbroken, again. But, we had our embryos to look forward to, so that gave us hope. We met with a judge and signed legal adoption paperwork for 2 donated embryos, which were transferred into my womb. We did not have to wait long for the outcome, as neither embryo attached.

After taking time to grieve, we decided to go back to our plan of traditional infant adoption. However, by this point, we were informed that the agency we'd worked with previously was no longer accepting adopting families because there were just not enough birth parents choosing adoption for their children. They directed us to our current agency, Nightlight Christian Adoptions. After a really long home-study process, we are excited to say that we are home-study approved and just waiting for someone to choose us to raise their baby.

As you can imagine, all of this takes a toll not just emotionally but also financially. Throughout this process, I've been in and out of work several times, and while we have good income, it definitely isn't easy. We are expecting a domestic infant adoption to cost us roughly $20,000. And this is after spending more than that amount over the past few years in fertility treatments, embryo adoption, and home study fees for our prior agency. It also doesn't take into account any of the baby stuff - car seats and formula and clothing and, and, and... (babies are expensive enough when they're created the "normal" way!). If you feel so inclined, we would be eternally grateful for any support you can provide. Our agency works with AdoptionBridge, and through this program, your donations will go directly to the agency on our behalf and all donations are tax deductable charitable contributions (97% of donations goes toward adoption costs; 3% goes toward credit card fees, but the full amount is tax deductable).

Thank you for taking the time to read our story. Since we met, Patrick and I have been on a number of exciting adventures, but our greatest adventure - Parenthood - is still to come. We trust that God has a plan for us and our future child, and look forward to the greatest adventure yet. We appreciate any support you can provide along the way!

I've been praying for you for so long. Cheering you on, all the way.

Blessings for a successful adoption….You two will be wonderful parents to a very lucky child‼️❤️

Wishing you the best of luck!