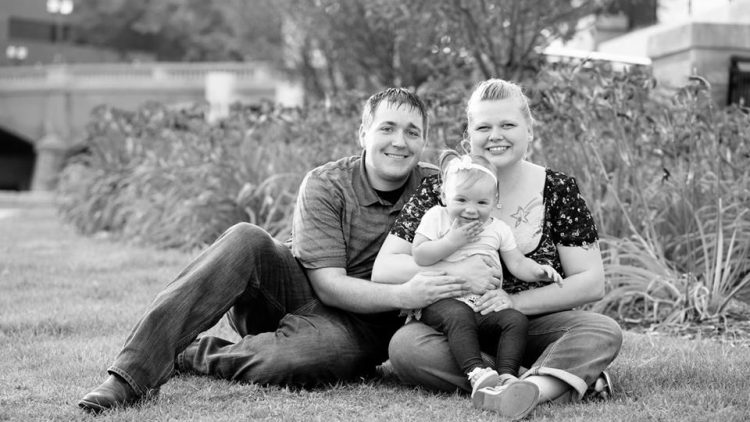 About us: Justin and I met when we were 14, our freshman year in high school. We dated in high school prior to him moving back to Nebraska for his senior year. We kept in touch and stayed friends when he joined the military. Always falling back to each other, we were married December 12, 2012. I left Sioux Falls SD for the first time ever to live in Hawaii with him as he finished his military contract. While in Hawaii we tried for two years to have a family. After some testing we found that I couldn’t carry a child due to PCOS and stage 4 endometriosis. Justin found out he had early stage testicular cancer which thankfully we were able to treat easily without any further complications. This started our journey into adoption. Through continuous prayer and word of mouth we were quickly matched with RaeLynn’s birth mother. A family member happened to be friends with her and mentioned us and we quickly formed a bond at 18 weeks pregnant. We moved back to South Dakota where she was located and our family was August 2014. The day we left Hawaii we found out RaeLynn was a baby girl!! We went to every appointment possible until her birth which we were blessed to be present for on December 28, 2014. We have enjoyed every moment of being her parents from the day we brought her home from the hospital. We have kept in contact with her birth parents as much/little as they request and is healthy for RaeLynn. Now that she is 4 she wants a sibling so badly! That was our final hint that it was time to find the missing piece to our family puzzle! Our family is a very strongly bonded dynamic that would love any age of a child, younger or older.