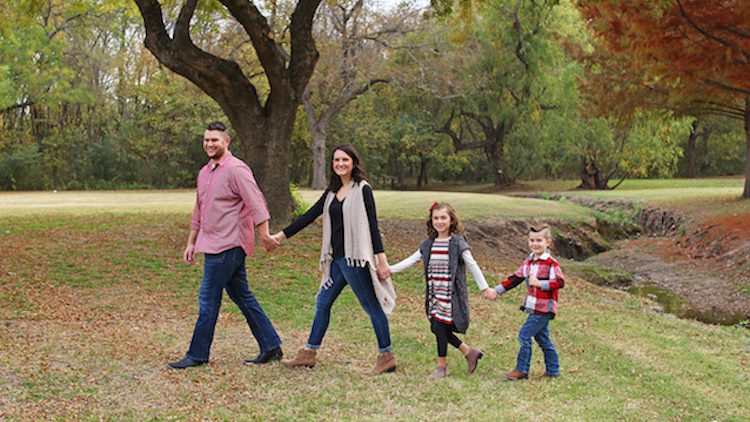 As many of you know, we are adopting a precious young man, 13, from Colombia! For those of you that do not know, we would love you give you a quick(ish) version of the story unfolding. Nolan and I began to feel a pull to adopt an older child after a beautiful mission trip to Africa, where we had the opportunity to serve alongside orphans. We fell in love with the older children and all the possibilities their lives hold.

When we returned, we began researching adoption agencies and looking into different African programs, while praying for clear answers and obvious steps. We were quickly met with our answer and it was a resounding no. Every agency we talked to had their African programs on hold as the laws and regulations governing adoptions through Africa were going through drastic changes and no one was sure what the overhaul would mean for adoptive families. Even if we had wanted to, the agencies we spoke with would not allow us to apply to those programs and we thanked God for his abundantly clear answer.

Though we were a bit confused with the pull on our hearts and the answer we received, we were at peace and felt confident in the direction God had given our family. Fast forward 1.5 years and we get an e-mail from the adoption agency we were going to use, had an adoption from Africa begun, asking if we would consider hosting a child from Colombia over Christmas. They urged there was only one week left for these children to find sponsors and included a photo listing. Confident that if God had plans for our family it would involve Africa (ha!)... I promptly deleted it. I kid you not y'all... the next time I looked, the e-mail was back in my inbox. I opened it, read through it thoroughly and just felt urged to talk to Nolan about it. To my surprise, Nolan said to look into it and so it began...

We inquired about our sweet guy and what would have to happen- everything moved fast and furious and we got all the paperwork turned in to have him join us over Christmas just in the knick of time. I reiterated to our adoption agency about 100 times that we were not adopting, but would advocate on his behalf and love him up during the time he was with us. (Ha again!)

Our time with him was INCREDIBLE, full of pure joy and we received so much more from him than he could ever receive from us. Dropping him off at the airport was gut-wrenching hard and our whole family stood there, ugly crying, at DFW airport watching him leave. The other host families were reassuring us we would see him again and that they would be praying for our adoption, only to be completely shocked when we replied "Oh, we are not adopting." After all, that was our plan right?!

We set to work advocating for this precious young man and finding him a family. We prayed, fasted and asked God for a clear sign as to what to do. We gave ourselves a month to process and seek what God would tell us. At the end of the month we still didn't feel like we knew. It was a confusing time and we all struggled. Our kids begged us each day to adopt him, and prayed each night that he would join our family. We loved him deeply but then practicality would ask us what our plan was...We had four chairs at our table, what about bedrooms/beds, our cars, relatively easy 4 person trips now more complicated by 5, college (much sooner than planned!), sports activities, school schedules, even night time routines where we were accustomed to having children in bed around 7:30? We made lists, weighed pro's and con's, and struggled to feel like we had an answer. Also, adoption costs a good part of an entire year's salary for us... where would we even begin?!

On May 1st, 2018 it was like God just shook us awake. I very clearly felt God tell me that he was my son... to step out in faith and allow our heavenly father to work out the details. I called Nolan, who had been given the exact same peace and answer. He ended the phone call with "..Let the agency know he is ours!" I called and let them know our intent to adopt (they were shocked since it had now been 5 months), we began our paperwork that night and signed our letter of intent at 1:30 am. We were allowed to begin communication with him shortly there after on his birthday and happy tears were shed by all!

It has been quite the process since then, but the Lord's faithfulness and provision have been so blatantly apparent through every step. I do not know why God allowed a five month wait, but we can say with confidence we have never looked back or wavered since the moment we made the decision to move forward.  We have been so humbled by the obedience of our friends and family to the call God has given them to walk this journey next to us. It has been such a beautiful gift to witness the love Christ has for this young man, and the events he orchestrates to turn his ashes into beauty. We feel truly honored to have the opportunity to be a part of his life, his family. Words cannot adequately express the thankfulness we have for each of you, for the prayers, the letters, the cards, the e-mails, the phone calls, the encouraging words and the financial contributions. Life truly takes a village and we are SO thankful you are part of ours.

It is no secret that adoption is expensive, but ultimately we trust that if God has called us to this he will provide a way to make it happen. We are allowed to raise 1/3 of our adoption cost by crowd-funding through Adoptionbridge and would be so grateful for ANY amount you can contribute. I know it is said a lot so the sentiment may lose some meaning, but there really is no amount to little. Every penny matters, to us and to him.  Thank you for your help in bringing our son home!

Cannot wait to see what the Lord has planned for your family! The Pierces

We are so happy for all five of you!! It’s not much, but we wanted to contribute something. Continuing prayers!! Love the Rios family :)

So happy for you all! Can’t wait to meet him!

Leanne and I are so excited for you both!!

We are excited to walk along side you as you bless this sweet boy with his forever home. May the Lord bless you greatly for your faithfulness and outpouring love you have shown to him and to all who know you. Here’s to the lives you’re going to change. I want you to have it all ;) John 14:18 I will not leave you as orphans, I will come to you.

So excited. Praying for you all!

So happy for you guys!!! Can’t wait to see how this beautiful story continues to develop!

Congratulations to your family

What a beautiful story of Christ's love being lived in and through your lives. Praying for God's richest blessings for your family on your adoption journey. Blessings, Bob & Kathy Fetterhoff Rockwall, TX

We love you guys and praying for God’s guidance during this journey.

It’s been such a blessing to watch you guys step out in faith. I’m so excited to see this sweet story unfold! We love y’all!

Praying for your family to be complete as you seek the Lord's will and bring him home!

We talked ourselves out of adopting when our boys were small. I’m so happy that He called you for this mission. Good luck and God bless.

You guys are amazing and we are wishing the best for you and your family!

May God bless your family through this adoption.

Your family is a gift from God! So happy for all of you!

God Bless you and your beautiful expanding family. Love, The Brownings

God bless you and watch over your lovely and loving family.

Cannot wait to join the celebration when the adoption is final!!

Truly amazing and beautiful! I couldn’t be more excited and happy for your family! Much love and blessings!

So inspired by your story and prayers for your family as you complete the process and expand your family. I have several friends that have adopted older children and what an amazing gift for you all! God's plan!!

You guys are doing an awesome thing! God bless your family.

Blessings as your family grows!

I was praying for Jhojan this morning as I read the note that Kelly Kitch passed out at church that I have taped to my computer screen until your son arrives. The scripture on her note is Psalm 40:1-3: I waited patiently for the Lord; He turned to me and heard my cry. He lifted me out of the slimy pit, out of the mud and mire; He set my feet on a rock and gave me a firm place to stand. He put a new song in my mouth, a hymn of praise to our God. Many will see and fear the Lord and put their trust in Him." Thanks to your family for being willingly obedient!

Combined from the Disciple Makers class

This donation is being made on behalf of our employee Jeremy Dale/Birdsong Electric, inc.