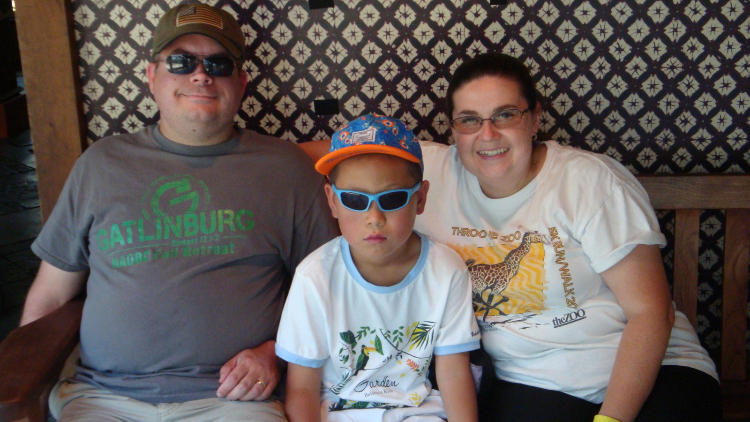 Micah's journey to finding a forever family is over but we are waiting to be reunited after the paper chase is complete.  We started looking into the possibility of adoption in recent years after our attempts to grow our family biologically failed.  However, we didn't really do anything about adoption until we attended an adoption conference which challenged us to step out in faith.  We learned about a summer hosting program from China in 2015 with Nightlight Christian Adoptions.  Since Darla had lived in China teaching English after college, this really spoke to us.  We chose Micah as the one we would like to have in our home.  When he arrived, we had no idea what to expect and how we would communicate with him with his limited English and our limited Chinese, but God worked things out for us and has shown us that we are to become Micah's Forever Family!  Micah is an active 8 year old who enjoys playing with balls, cars, legos, puzzles, play dough, board games, and watching tv.  He has to be on a special diet due to his PKU diagnosis so we are learning more about how to prepare safe foods for him.  Turning him back over to his group from the orphanage after the summer tour was over was very difficut for us.  Now we look forward to traveling to China, becoming his parents, and taking him home!  We are using AdoptionBridge to help fund our adoption since the cost is over $30,000 to bring him home.  Thank you for being a part of our journey to becoming a family of three!

Praying for you on this adoption journey! Darla I know you will be an amazing mom! So excited for all of you!

I'm so excited for you and your husband as you embark on this adventure.

Praying for you to be reunited with your little guy very soon!

Praying for you both and for Micah, and for the journey which will bring you all together. The Downs Family

I am so excited for you! My prayers are with you, Amber

I am excited for you as you bring home your child!