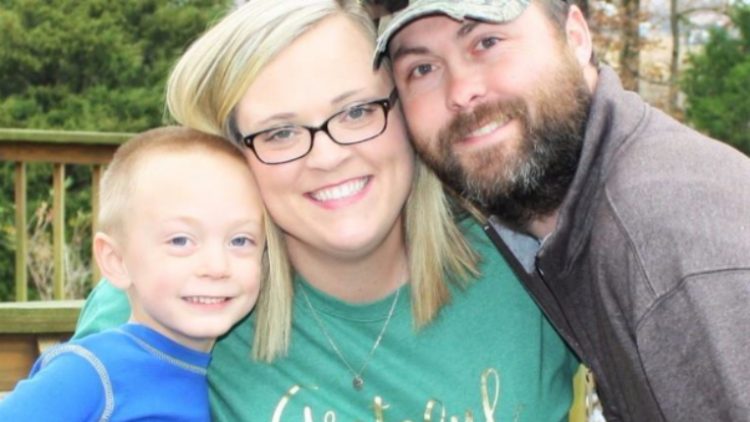 Before Clay and I married, I had been told that it would possibly be difficult for me to have children.  I just took it for what it was and thought we would deal with the issue when the time came.  We had been married for about a year when we decided to become foster parents to adopt.  We went through the home study, completed the mountains of paperwork the required courses.  On the day we received the call to confirm that we had completed all requirements and were approved, the case worker also informed us of a little girl who needed placement.  She was born at 24 weeks weighing just less than two pounds, extremely premature.  Her mother had never been to the hospital to visit her.  I couldn’t even comprehend that at the time.  We were told that this looked like a good case for possible adoption so of course, we were all in!  We traveled to where she was, visited with her in the hospital and were given tons of information on infants being born premature and the issues that could possibly arise from that.  Information overload, but we made it! We brought her home a few days later weighing in at a whopping five pounds.  I had never held anything so tiny and precious!  If you know anything about foster care, you know the main goal is to reunite the child with their birth parents or family.  After roughly nine or ten months of caring for that precious little girl, there was a family member that sought to take her in and so she went to live with them.  I can’t speak for anyone but myself when I say I was heartbroken and lost.  I didn’t understand why things didn’t work out in our favor.

One morning while getting ready for work, my phone rang.  It was our case worker calling to inform us of two children who needed placement.  We were the third set of foster parents they had called.  The children were two and three years old and had been placed in multiple foster homes so we knew the possibility of having our work cut out for us was greater this time around.  And did we want to take two children at one time?  After many questions, I told the case worker I would talk with Clay and give her a call back.  Well, ten minutes later, we had said yes, bring them on.  This was a huge learning curve for us both.  The family visits with grandparents, parent teacher meetings at preschool, behavior issues and phone calls from daycare, home visit from CASA workers, home visits from the kids and our social worker,  questions from the kids about their other mommy and where she may be…it was a lot, not going to lie.

Early on while the children were still living with us, I had gone to a routine doctor appointment.  The doctor decided to do some blood work to check my hormone levels and some other things.  Two days later while at work, I received a phone call.  The nurse happily informed me that I was pregnant!  I cried and laughed, and immediately called Clay to tell him. Talk about having to wrap your head around having three children...zero to sixty in no time!  We found out I was pregnant in February and was due October 14th.  However, due to complications during my pregnancy, our son was born on August 23rd at 32 weeks, weighing right at four pounds! Talk about answered prayers! He was perfect!  So here we were, blessed with three children in just a short amount of time!

Again, foster care doesn’t always work out according to your plans.  To make an extremely long story short, after two years of being mommy and daddy to these children we did not get to adopt them.  They went on to another family and their adoption was finalized shortly after.  To say that Clay and I were a bit jaded after this is probably a huge understatement.  We were hurt, disappointed, and angry.  I remember talking to numerous people after the children were moved and being told that it’s not our place to understand why everything happens the way it does but that everything happens for a reason.  I need to mention that through ALL of this, we had nothing but support from family and friends. Anything you can think of, we have amazing people in our lives that pitched in to help and loved those children as their own.  But, you can only let something hold your down for so long. That was a phase of our lives that we learned so much from and it made us better in the long run.   We had our son to love, be present, and care for and so that’s what we did.  That’s what we do.  We might be a bit partial, but he’s a pretty amazing little boy who has taught us plenty and still does.

We don’t have all the answers and we aren’t perfect parents.  We made plans for us.  Did you catch that? WE made plans.  We prayed, I prayed.  I prayed for what I wanted, not for what God wanted, and I didn’t listen long enough for an answer.  It doesn’t work that way.  God wants what is best for us, which is something we definitely do not always realize. His plans are always greater!

Our son will be five in August.  We couldn’t be more proud of him!  I believe with all my heart that God blessed us with him at the just the right time.  We've still felt the tug on our hearts for adoption.  Clay and I have talked about a private adoption multiple times but the financial aspect of it was and is very overwhelming.  I told myself that maybe once our son was in Kindergarten, we could try to have another child.  Then adoption came back into play...it was just a topic we kept revisiting.  Along with it came all the second guessing....What if we can’t juggle it all?  How will we afford it?  What will people say? What will people think?

Guess what? It’s okay not to have all the answers.  It’s okay to not have a complete plan.  God has got this. So here we are! We are adopting and we are so excited!

Many couples in our community have recently adopted and I love watching their stories unfold.  A couple in our church just brought home a beautiful baby girl, and it makes my heart  happy for them to know they received their own little blessing while being a blessing at the same time!

We know that we have been blessed with a wonderful child of our own.  It is not lost on us that the child we've been so blessed with is all that some people are praying for daily.  We want to be the hope for another child and give them a family and be a blessing in his/her life!

Ultimately our greatest need is for prayer as we begin this adventure! If you are led to assist financially as well, we would forever be grateful. All donations wil go directly to our adoption agency to pay for any fees or traveling expenses that will be incurred.