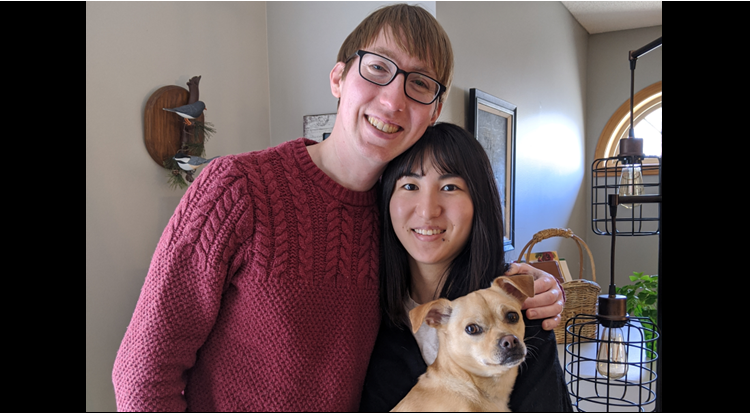 Kaho and Jeremy first met in Kobe, Japan in 2015, through a mutual friend. At that time Jeremy was living in South Korea and decided to visit a friend in Japan for a week before he returned to the US permanently. They didn’t become close until after Jeremy went back to the US, but after many exchanged messages, phone calls, and meeting again in person in Japan and Vancouver, they started their relationship and married in the US in 2018.

Kaho grew up in Shiga, Japan, the oldest of three siblings. The daughter of a single mother, Kaho often helped her mother with raising her younger siblings. Jeremy was born in Minnesota, the youngest of five. Jeremy became an uncle when he was fifteen, while his classmates were all years away from that experience. Over time, the number grew to eight nephews and four nieces. Watching his brothers and sisters experience the joy of parenting, it was something he knew he wanted very early on in life.

When Kaho and Jeremy got married, they both knew children were in their future, and assumed it would happen naturally. All around them friends were getting married and starting their own families as well. Kaho and Jeremy longed for that experience. After discovering natural birth would not be possible, they were drawn to embroyo adoption.

We hope you will join us on our journey to become parents. Thank you for you support.

God’s got you. Cheers!

So excited for your family!

Praying for you Jeremy and Kaho!

For my extended family, many blessings ❤️