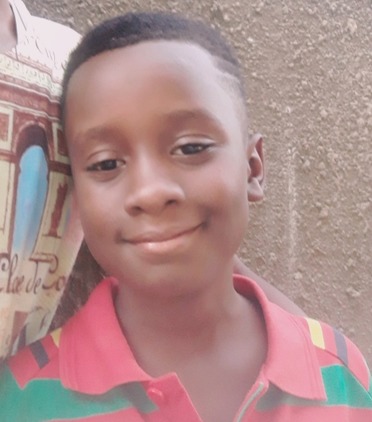 DESPERATE CRIES OF HELP FROM UGANDA

The family of Samuel and Brenda Mukasa, residing in the state of Florida, have embarked on a difficult journey of adopting a young child called Jeremiah from Uganda East Africa. They decided to adopt Jeremiah not because they are rich but because they care. Jeremiah's story is heartbreaking. Jeremiah is their great grand nephew.

Jeremiah's mother  Justine was also an orphan whose parents (Jeremiah's grandparents) died during the AIDS pandemic which ravaged the African continent in early 1990s. Jeremiah was raised by a single mother together with his great grandmother Beatrice. These were the only two people in Jeremiah's life. Jeremiah's mother, Justine, died in a boat accident on lake Victoria on November 24th, 2018 in Uganda. More than 150 people perished in that boat accident on that day. After the death of Jeremiah's mother, his great grandmother, became Jerimiah's legal guardian since his father had abandoned him after he was born.
Before Jeremiah's mother said goodbye to him, Jeremiah asked his mother if she could stay home that day and his mother promised her son, that she will be gone for a short time and in meantime she told him great grandma will take care of him till she came back. Justine never came back. Great grandma who was Samuel's mother at 80 years old, took the responsibility of raising Jeremiah. Samuel's mother had 11 children and eight of them died of AIDS, leaving her to take care of her grandchildren among which was Jeremiah's mother Justine. Samuel was lucky enough to come to USA in early 1980s as a student and complete an education. He met his wife in 1983, married one year later and they have been together ever since. God blessed them with three children who are adults now.
After the death of Samuel's siblings, his mother depended on them to help educate their nieces and nephews. Samuel worked two full time jobs in order to pay fees for 14 nieces and nephews and it was through God's help they did it. Among the children they educated was Jeremiah's mother, Justine. After the death of Jeremiah's mother, Samuel and Brenda decided to adopt Jeremiah since Samuel's mother was 80 years by then. Despite all odds, they are fighting on. They were able to pay off their home study inspection and passed the first financial hurdle. In 2019, Samuel's mother's health was failing her so they had to switch financial gears to help Jeremiah's great grandmother with medical bills, which set them back financially and they could not afford to fund Jeremiah's adoption as well as his fees in Uganda, however with God's mercy they soldiered on.
Unfortunately, in 2019, the COVID 19 pandemic did not make things easier for everyone and the situation became worse financially for Samuel and Brenda. Jerimiah's great-grandmother's health deteriorated but they had hope that she was going to pull through. On February 7, 2021 Jeremiah's grandmother passed away. They had put a hold on Jeremiah's adoption in order to pay medical bills and after her death, they had to pay Jeremiah's great-grandmother's funeral expenses. At the moment, Jeremiah once again has a new legal guardian, his auntie who also has her own family.

We are here today, asking for any financial support we can get in order to help Jeremiah become part of our family. We have exhausted our finances and kindly ask for help. We are a strong believer in God, and through God's wishes, his wishes cannot be undone. We started this adoption Journey in 2018 and it is now approaching three years. Adopting an international child is very costly and we sincerely hope, someone somewhere could hear Jeremiah's cries for help. Jeremiah speaks English as well as Lugandan of which I am fluent in. We are ready to bring Jeremiah home!

From his mother's young brother in uk

I am praying for you as you complete this process.

Praying for a safe journey for Jeremiah to the US.

He will be a lucky boy to be adopted by great people like you guys. I pray this come to light.

Jeremiah, Your an amazing little boy with an amazing spirit. I can't wait for you to get and start your new life.

Your story is amazing and may God bless! Can't wait to meet Jeremiah. It has been a struggle in many ways but you have never given up.

So happy to be able to help out a coworker!