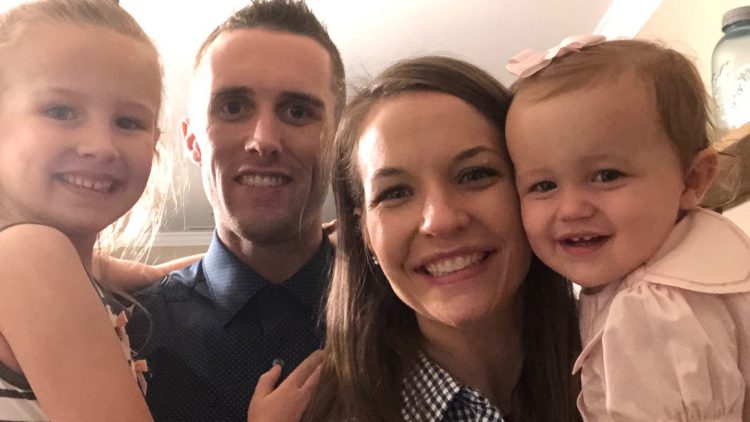 As a young dating couple, one of the first serious conversations we had about children included adoption.  We both felt very called to be a part of adoption for our family in the future.  Fast forward a few years, and we were expecting our first daughter.  After she was born, Jill severely hemorrhaged and almost lost her life.  Through various surgeries and medical treatments over the next few years, it became apparent that Jill would not be able to have any more children and a hysterectomy was scheduled while an adoption plan had begun.

Two weeks before Jill was to have a hysterectomy, we announced to our church on Mother's Day that we were in the adoption process to bring home our next baby and asked for prayers and support throughout this journey.  Little did we know how much prayers and support we would need.  The very next day, we found out Jill was 2 months pregnant.  After the shock set in, we were informed that a miscarraige would be inevitable given the circumstances and to prepare for the worst.  However, through a mighty miracle, another sweet baby girl came into our family, perfectly healthy at 37 1/2 weeks.  We were overjoyed but with complications still looming, a hysterectomy finally did take place.

Through it all, we were always in the adoption process.  We presented our profile while we were pregnant thinking that if God's plan was for us to raise two babies, we would be obedient.  That, however, was not his plan.  But we were matched with a birth mother about 3 months after our second daughter was born.  We had purchased plane tickets to fly down to visit with the birth mother, and then her lawyer gave us a devastating call.  We found out from excruciating details that our adoption would not proceed with this birth mother.  Our hearts were broken and our minds confused.  We also lost about $6,000 from this failed adoption that would affect our future prospective adoption.

We have stayed the course for 2 1/2 years.  Presenting profile after profile waiting for God to show us what He had planned when he called us to adopt all that time ago.  We knew so clearly adoption would be a part of our story, but the time spent waiting is always hard.

Until now.  We have been matched with a birth mother who is due with a baby girl in February 2020.  We are still fundraising to be able to cover all the expenses for this adoption.  We are so grateful for people coming alongside of us with prayers and support to help us bring home this baby girl.

****UPDATE: Baby girl was born on Thanksgiving day and is in the NICU. She weighed 2.2lbs. We are going to Florida and will be there for about 8 weeks (estimated time).

God bless this baby and this precious family!

Praying for your sweet little girl and entire family!

Praying for baby Nolie to be big and strong enough to come home soon!

Thank you for loving babies, and more importantly loving God. May He bless you in unimaginable ways. Praying for a speedy recovery for Noli so that you can be reunited as a family soon.

May the Lord bless you all and your baby girl!

Just want you all to know, you are in my thoughts and prayers. Merry Christmas and prayers you guys are home soon. Love you, Kathy Mooney

Its a blessing to see someone willing to step up to embrace God’s calling. Lifting you guys up in prayer.

God is using you all in a mighty way! Continued prayers.

So happy for you! May God bless your family!