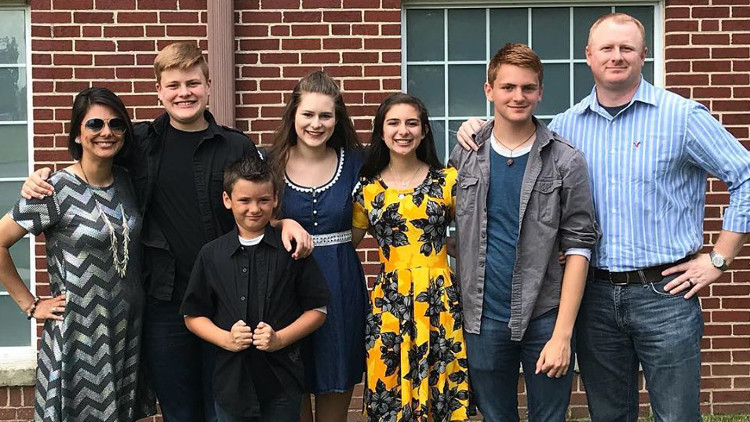 We began our adoption journey back in 2010.  We were stirred into action from a message series we heard while at church We discussed it at home for a few days, then decided to talk to an adoption agency.  We were just preparing to submit an application to begin an adoption from Ethiopia when the agency told us that the process was changing in the country and it would likely extend our adoption timeline from 18-24 months to over 5 years.  This was significant for us because we are a military family.  We were then living in Arkansas and knew that we would be moving to Texas in just under 3 years.  That would mean updating everything once we moved and the agency wasn't licensed in Texas, so we decided to wait.

We eventually moved to Texas, but I, Kris, had a lot of training courses that were out of state and I wasn't home much for the first year or so after the move.  This, among other things, led me to put adoption on the back burner and we really didn't consider adoption much for our 3 1/2 years in Texas.

Fast forward to 2016, we had just settled in after another move to Ohio.  I don't recall exactly what prompted me to begin looking into adoption again, but I did and mentioned it to Aundrea.  It didn't take much for me to twist her arm into beginning a new adoption journey.

We initally began with an adoption program from the country of Malawi.  We had completed our home study and our dossier was in country.  Unfortunately, some things happeded with the agency we were using and that coupled with it being a very new program eventually led us to switch to a new agency and a new program.  We chose India after much prayer and consideration.  Now we are pursuing a little girl from India and we cannot wait to bring her home.

We hope that AdoptionBridge will help us to eventually bring home the little girl that God has waiting for us.