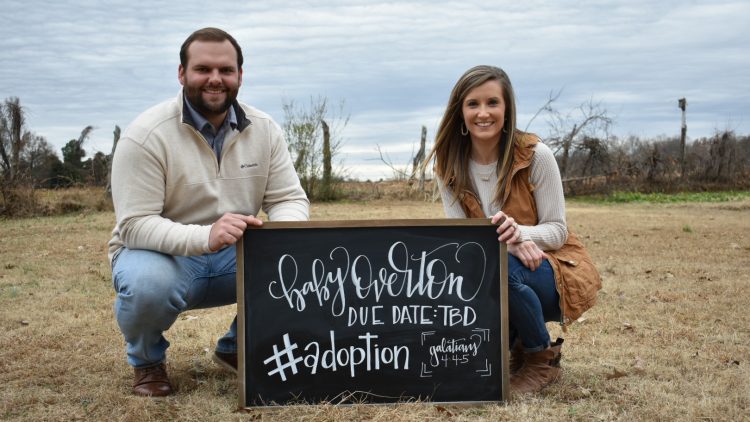 We have now been married for 4 years. Around 2 years ago, we desired to grow our family. It
was a very challenging and exhausting road. As we began the process, we always knew adoption
would be an option if we were unable to have biological children. However, in July of 2019, we
knew adoption was no longer only an option, but our first choice.

Jason and I were visiting my sister in Washington D.C. That Saturday night we all attended a
Hillsong United concert. At one moment during the show, the lead singer began to speak about
what God had laid on his heart. Over and over, I kept hearing the word "surrender, surrender."
It was in that moment that I knew exactly what I wanted to pursue. Little did I know that God
was also speaking to Jason. Immediately after the concert, he said, "Let's adopt." If that weren't
clear enough, God reiterated His will for us during the Sunday service we attended. An example
in the sermon was specifically about adoption. That weekend we decided to walk in obedience
to God's calling for our life. We believe adoption is a beautiful picture of the gospel and how we
are all children adopted into the kingdom of God through sacrificial love.

Throughout our relationship, God has been preparing our hearts for adoption even when we
didn't know it. One of the greatest gifts Jason ever gave me was on Valentine's Day of 2015. He
sponsored a child in my name through Compassion International. We felt so much joy through
receiving letters from our sponsored child. Little did we know how God was working this as a
stepping stone to adoption in our future.

Congratulations on your plans to adopt! You will be amazing parents!

Congrats!! You will be amazing parents!

We are so excited and happy for y’all!! We are praying and sending positive thoughts your way daily❤️🙏🏻

So happy for you two and the little one coming along shortly!

You will make amazing parents!

I’m so excited for y’all! I can’t wait to meet baby Overton!! A future volunteer fan!!

So excited for you!

We are very happy to see your profile and your heart for adoption. We pray you continue to feel led by God through it all and are met with encouragement at every step.