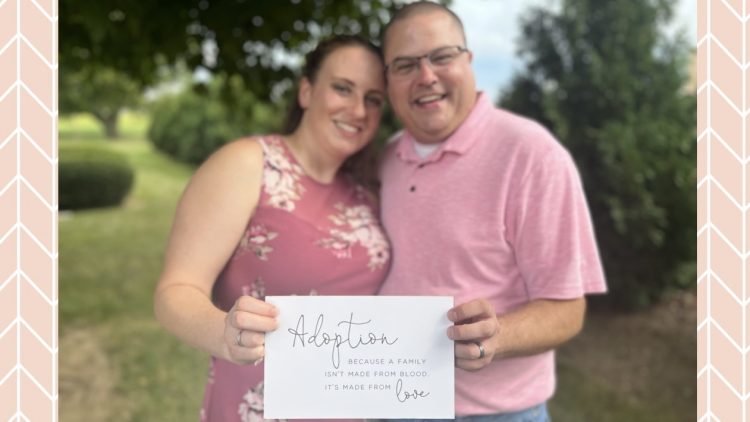 Hi, we're Erik and Jenny! Our relationship began back in 2005 when Jenny was just 14 years old! We dated throughout high school and college, and during Jenny's junior year of college, Erik proposed! We were married a year later, and we've now been happily married for the past 10 years!

Since the beginning of our relationship, we've known we wouldn't be able to have kids together. Erik was born with Cystic Fibrosis (CF), and approximately 98% of men with CF are infertile. In addition, Jenny has recently been diagnosed with PCOS, which also complicates being able to achieve pregnancy naturally. So kids have never been considered as part of our future.

As time goes by and we have gotten older, our desire to become parents has gotten stronger and stronger. We recently found out about a neat form of adoption called embryo adoption, which would allow Jenny to experience pregnancy and give birth to our adopted child, as well as allow our adopted child to have genetic siblings! It's also a way for us to honor life that has been created, and to give a person stuck in a frozen state in a lab a chance at living life. We feel honored to be walking this path that God has laid out for us!

We sincerely thank you for taking the time to read our story, and for considering donating to our family! ❤️
Love,

We are friends with Cassie Gerber (Bertsch) and she let us know of your plans for embryo adoption. We have two beautiful sons born through embryo adoption and are hoping for another attempt in the near future. We’ve worked with the NEDC in Knoxville and they are great. We’d love to answer any questions you might have about the process or simply walk beside you on your journey. No pressure at all but feel free to reach out! We will be praying for you!