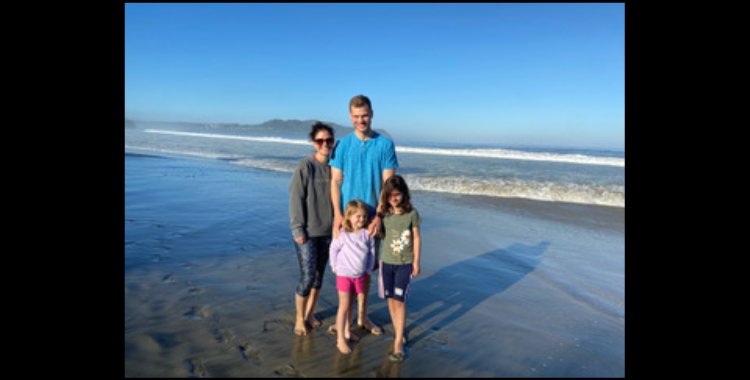 Backstory:  Adoption has been a conversation with Scott and me from the very beginning of our relationship. As we began to navigate our growing family, we had created a plan to pursue adoption around the time Sadie would be turning five and starting Kindergarten. So we blinked, and that season is upon us! About the time just before COVID hit, we had a more serious conversation, and with a lot of prayer, our pursuit began. Our thoughts, ideas, plans from then are entirely different from where we believe God has landed us in this process, which has been one of the most challenging yet most tangible ways we have seen God work in our hearts over the last year. The heart of man plans his way, but the LORD establishes his steps. Proverbs 16:9 Our hearts have always tugged towards international adoption. As I have dipped my toes into the adoption community, of course, there are thoughts, convictions, and preferences on domestic versus international like any community. We don't have some significant reason behind this decision; it is merely where we both felt called to begin. As I learned very quickly, each country has limits, expectations, rules, timelines, etc. Once we sorted through them all, we had gotten down to South Korea or Colombia. There is also quite a bit of controversy with birth order. Even though we had been drawn to older kids as we began navigating websites, we assumed staying in birth order (adopting a child younger than Sadie) is where we were headed. Through our research, I kept hearing about hosting through various websites and social media platforms. We had never heard of that, so I made a few calls. After more prayer, conversations, and research, we began to take steps with a hosting agency called Kidsave. Kidsave has a partnership with Colombia to host older kiddos, typically in the summer for five weeks. The more we explored, the more we were impressed with their program; they also have a partnership with foster children in some major cities in America. Because of Covid, the 2020 summer program was delayed until December. In August 2020, we jumped in. We began the program's paperwork and our home study, hoping to host a kid in December 2020 for three weeks. The process of hosting is much different than the typical adoption route. Kidsave had access to do zoom events with the kids from Colombia, giving host families a chance to get to know them and play games over zoom. There are multiple families and multiples kids on one zoom meeting, and you rotate around, even if you are pursuing a specific child. The events are amazing and heartbreaking all at the same time. Suddenly, a picture and a file are real kids, and there are so many of them. Many older kids from broken childhoods desire a chance to see America and someday have a family. Colombia recommends the kids in the host program; they have done well in their life despite the tragedies. After a couple of months hoping to be matched to host, plus having discussions with the director of Kidsave and our adoption agency, we were presented with an option that was a little more outside of the box. A 14-year-old boy who hosted in 2019. He was referred to us as "one of the best kids to come through the program." The plot twist....he has a newly discovered little brother who was 18 months old. They are ineligible for hosting so this would be just straight adoption.  As you can assume, more prayer and conversations ensued. We got the opportunity to join the host zoom events with these two brothers. Well, as much as the little brother could stay still for and say hi. It was amazing to watch the Kidsave staff and interpreters bring a smile to the teenager's face. He was so well known by them all. So near the middle of November, we finally said, "let's do this." Current: We are on the brink of submitting our dossier to Colombia!!  We appreciate the prayers and any financial help you feel led to provide.  We can't do this without our village!  Thank you!

This is such wonderful, exciting news! I'm happy to continue helping however I can :)

Very exciting! And very happy for you! Prayers continue!

We are praying for you all! What an exciting journey!!

Can’t wait to meet your boys! Love and Prayers, Harry and Twila

Congratulations! Welcome to the Kidsave family 💜

We love how the Gospel is being lived out in your lives through this journey. Can't wait to meet your growing family! 💜

Praying with you for God's perfect timing. You will need to take Lil to translate for you... :-)

We love you and are so excited about the new members joining your family and ours! May God bless every single part of this journey, and go before and behind you all.

I am so glad we are neighbors and we will privileged to watch the Lord go before you as he paves the way as your family grows in size and love!

Can't wait to meet our nephews!